I always knew I’d eventually visit Berlin, it was only a matter of time. When my friend Alice moved here from Christchurch, I knew it was the perfect opportunity to see the city through a local lens. She’s now lived in the German capital for six months and has an incredible grasp on everything worth experiencing. I spent a week with her, taking in the city’s extensive and often troubling history, cycling from neighbourhood to neighbourhood, drinking the best coffee and eating the best falafel (there’s plenty of it!)

If it’s your first time in Berlin, I’d highly suggest kicking things off with a walking tour. These are typically free, although you’ll need to tip the guide at the end. I opted for the Sandeman Walking Tour, which was approximately 2.5 hours long and took us to most of the major historical landmarks. Our guide, Sam Noble was incredibly knowledgable, delving into WWI and WWII history and explaining everything thoroughly. Beginning at the Brandenburg Gate (which you absolutely must visit anyway), you’ll see the Berlin Wall, Checkpoint Charlie, Berlin Opera House, Berlin Cathedral and several more sights. It’s an excellent starting point if you’re unsure where to dedicate your energy. If it’s your first time in Germany, they also offer concentration camp tours, which are a confronting yet essential part of any visit.

Once you’ve had your introductory tour, you’ll be all set to visit a few more sights. East Side Gallery is the largest open air gallery in the world (featuring 105 pieces of street art) and another way to take in the Berlin Wall. Take in some of the most famous pieces, like the Socialist Fraternal Kiss by Dmitri Wrubel and work by Thierry Noir, who was the original street art to grace the Wall. There are plenty of up and coming artists who get their start here as well. Despite being a popular tourist spot, you won’t encounter swarms of tourists and the stroll along the wall is quite pleasant. 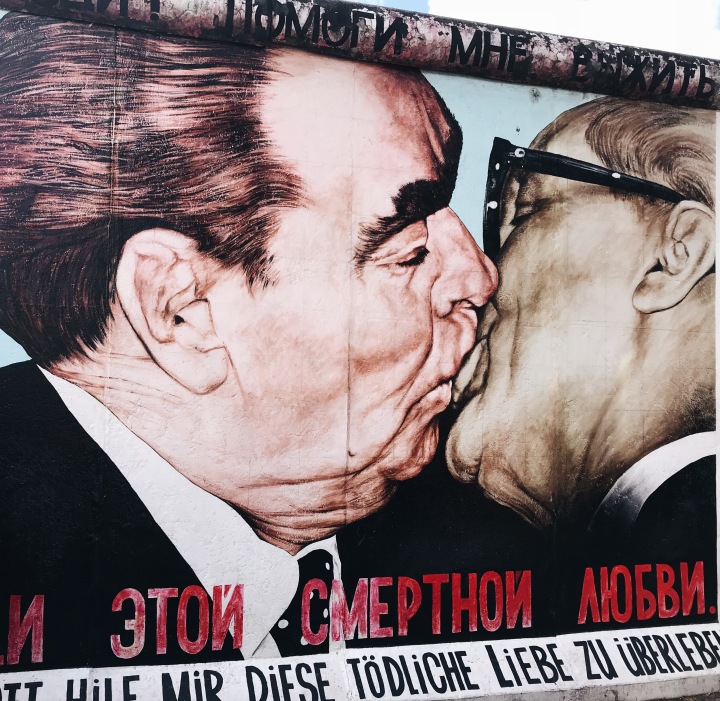 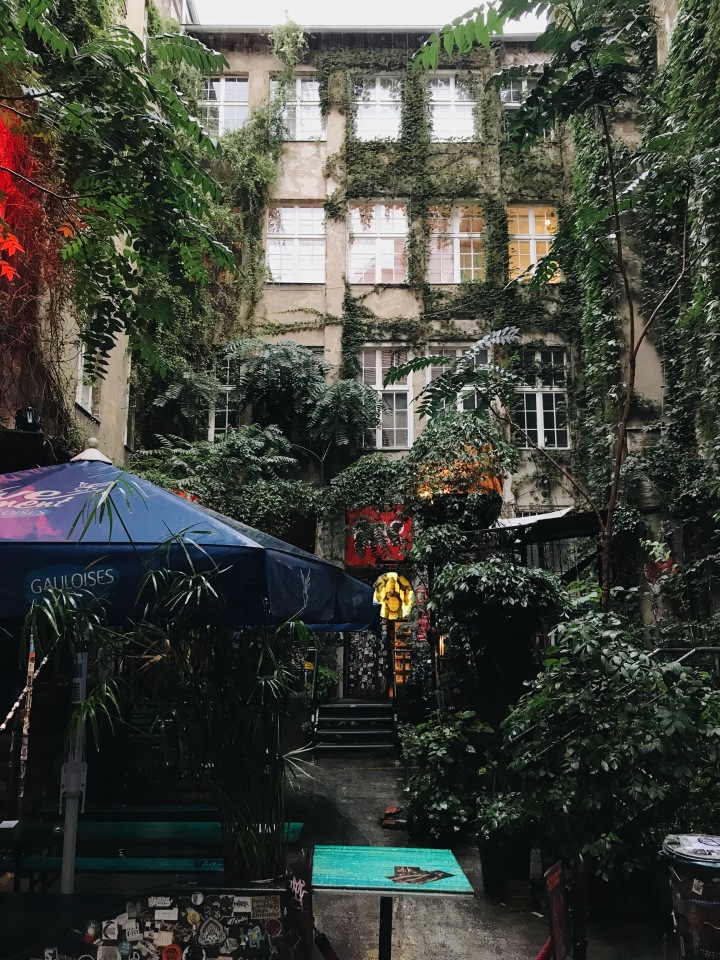 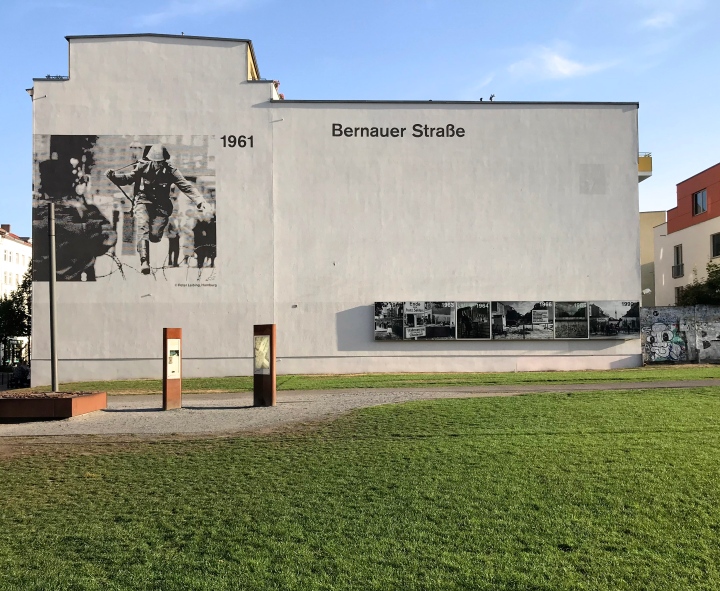 Now that we’ve covered the absolute sightseeing essentials, I thought I’d break up my Berlin favourites into neighbourhoods since Berlin can feel a bit overwhelming otherwise. Alice took me all over town, from Kreuzberg to Friedrichshain, so let’s dive in.

Kreuzberg:
The creative, gritty and alternative area of Berlin, Kreuzberg is the centre of the city’s large Turkish-German community. The neighbourhood has gentrified over the past few years and is now a hub for creative types. When I asked friends where to go in Berlin, the majority led me to cafés, vintage shops and bars in Kreuzberg.

Hallesches Haus is a general store, lunchroom and event space with some of the best food I had in Berlin. It’s worth stopping here for coffee and breakfast.

Brammibal’s Donuts is a gorgeous vegan donut and coffee shop on the river. Not only are the donuts delicious, they’re vegan. Try a matcha with oat milk while you’re there. If you can time your visit with the Turkish markets, even better. There are two other locations in Berlin.

Voo Store: A concept store and meeting place for creative people. The carefully curated selection of womenswear and menswear is beautifully displayed. The in-house café, Companion Coffee is lovely, so bring your laptop (or a book) and stay awhile.

Turkish Markets: Kreuzberg is home to a big Turkish community. Every Tuesday and Friday the area comes to life as vendors set up shop along the canal for the city’s largest Turkish market, which stretches between Kreuzberg and Neukölln. Here you’ll find interesting street food, fruit and veggie stalls and tables stacked with fabrics. Cash is a must, and a sneaky haggle might work if you play your cards rights.

Görlitzer Park: Along with being a popular green space for Berliners, this park is notorious for selling canabis.

Mitte:
Mitte is the most central and diverse district in Berlin. It has stunning architecture and museums. You’ll be spoiled for choice on how to spend your time and money in this area.

Berliner Dom/Berlin Cathedral: Although it was heavily bombed during World War Two, this imposing cathedral has been beautifully restored to the architectural marvel it has always been, from the distinctive exterior to the exacting detail of the ceiling. Guided tours as well as audio guides are available and tell visitors fascinating anecdotes and facts as well as illuminating the many historical aspects of the cathedral.

Memorial to the Murdered Jews of Europe: This striking space is composed of concrete blocks right in the centre of the city. Also known as the Holocaust Memorial, it resembles a cemetery and a visit here is sobering.

The Barn: One of the most well-known local cafés, brewing coffee in every third-wave variety.

Five Elephant: Another outstanding coffee shop, plus they have soft-serve (!) in a lovely, sparsely decorated space.

Father Carpenter Coffee Brewers: Tucked away on a laneway just off the main drag, Father Carpenter is a must for excellent breakfast and coffee in the cosiest environment. It’s a great stop off if you’re hitting up a few of Mitte’s shops. 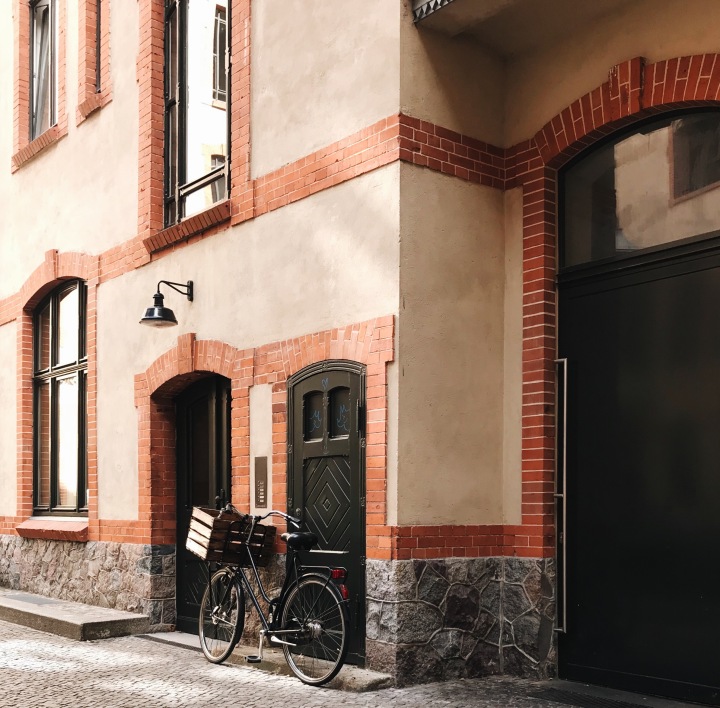 Prenzlauer Berg:
Bonanza Coffee: One of the earlier specialty coffee shops in Berlin, Bonanza is beautiful and stark. The minimalist café is known for its quality pours and delicious baked goods by Albatross. It was my favourite coffee and pastry of the week.

Mauerpark: Come on Sunday for the thrift market and karaoke. Mauerpark is a must-visit during the warmer months.

Curry 36: I found it mildly amusing how the various currywurst shops scattered throughout Berlin were numbered. I’m told Curry 36 serves up the best in the city, though I’m no curry connoisseur.

Friedrichshain
Home to much more than the famous club, Berghain, Friedrichshain is an interesting and eclectic neighbourhood. If you’re that way inclined, RAW, is Berlin’s most well-known row of nightclubs. Even if you’re not, it’s worth visiting during the day as it’s also home to a series of cultural events. There’s also a slew of cool secondhand shops, restaurants, parks and cafés. I didn’t spend too much time here, but here are some of the spots we hit up.

Not only is Shakespeare & Sons an excellent bookshop, it’s also home to the best bagels in Berlin. Fine Bagels also have challah, rugelach and schmears. Delish! 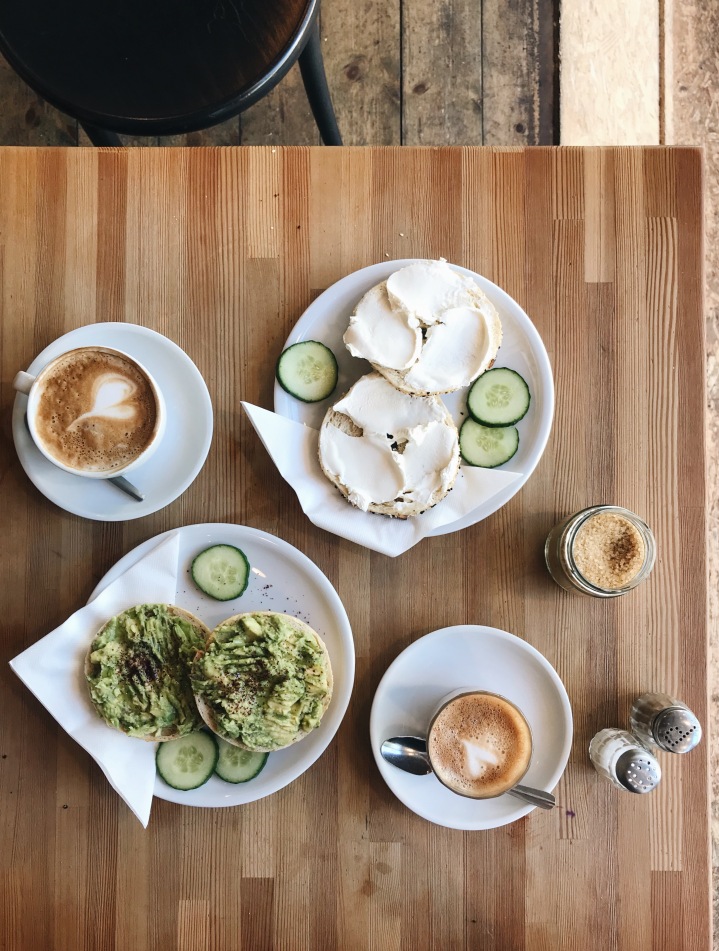 If you’re after secondhand goods, Boxhagener Platz has one of the best Sunday markets in Berlin. The grassy square also has a Saturday food market, a playground and play pool for the kids. Platz is also home to a great burger spot, authentic Asian restaurants, ice cream and coffee shops.

Michelberger Hotel: My sister, Stephanie spent a month in Berlin last summer and recommended Michelberger as a place to stay, but also as a café and coworking space. One thing I love about Berlin is how prevalent coworking spaces are and just how many freelancers and creatives appear to be flocking to these hubs.

Well, there you have my list of short and snappy Berlin must dos. It’s a big city, full of neighbourhoods, so be sure to explore it for yourself and find your own favourite spots. 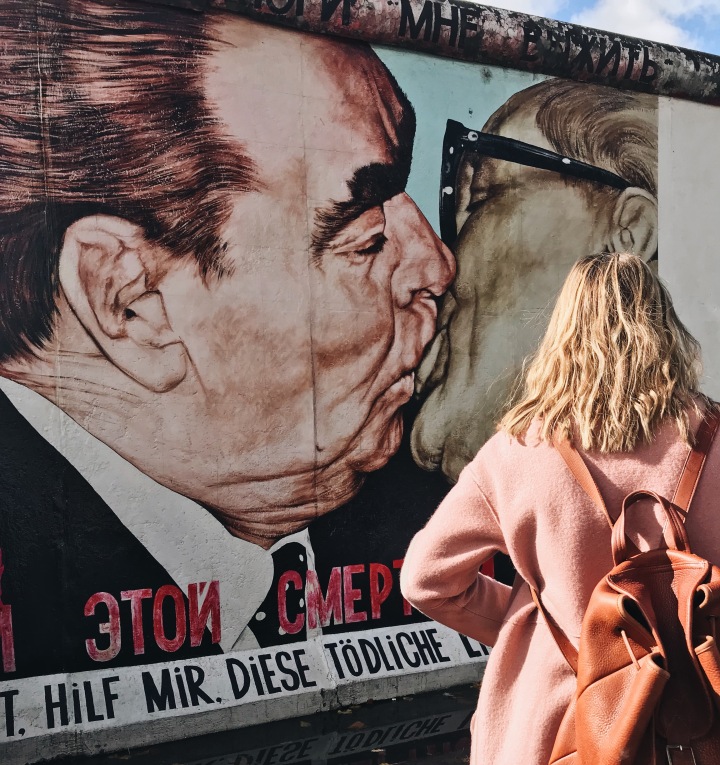 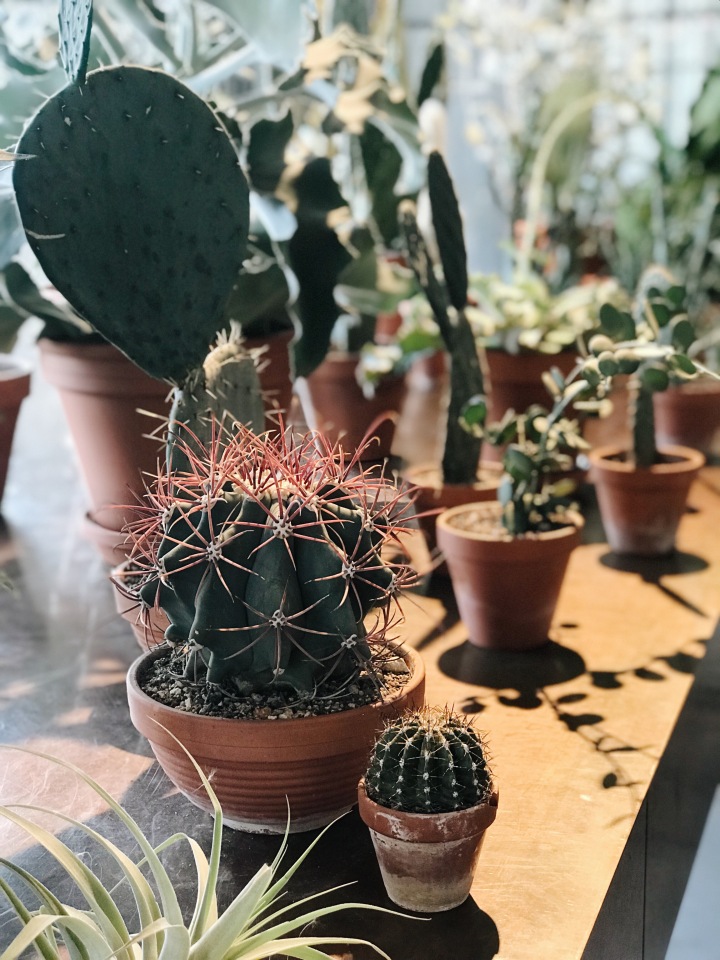 3 thoughts on “How To Win In Berlin”