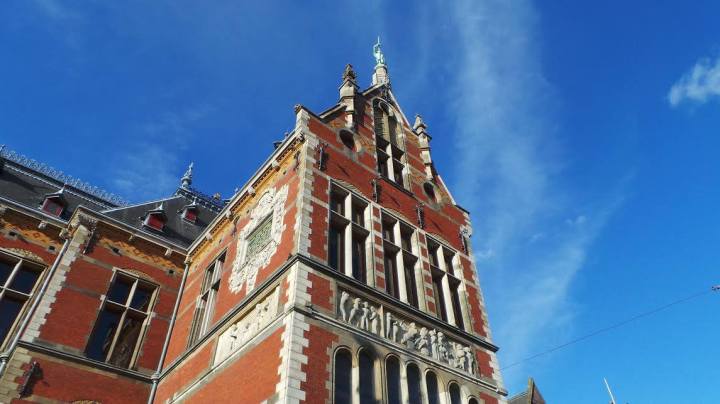 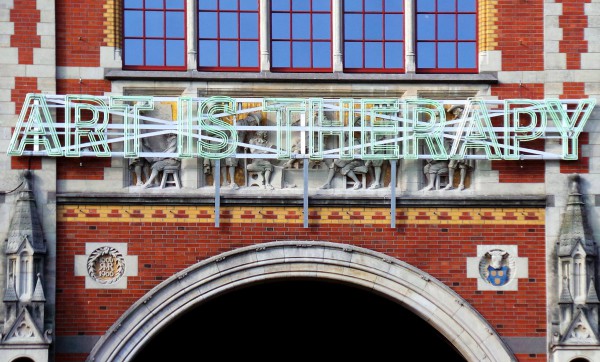 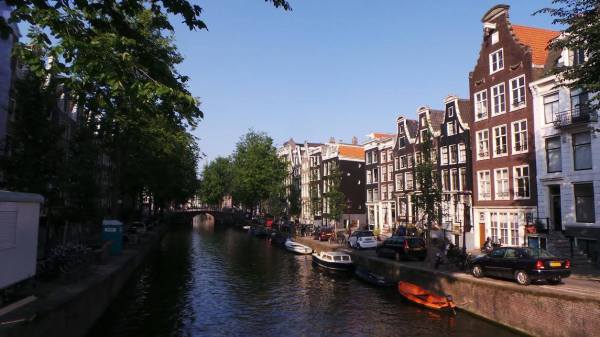 Amsterdam, the second stop on my European excursion, remains one of my favourite destinations. Rather than regurgitating what you probably already know about Amsterdam’s fantastic museums and galleries, superb cafe culture, stunning canals, and cycling reputation, I’ve decided to create a 48-hour guide to Amsterdam. If you’re short on holiday time (and let’s be honest, who isn’t?) this guide will help you navigate the canal-lined streets like a seasoned pro.

Day One:
Book a room at brand new, Cocomama Boutique Hostel. The rooms are clean and the receptionists are truly invested in your wellbeing. I travelled Amsterdam alone and I found it easy to meet people with the multitude of activities scheduled every day. It’s also a lot smaller than most hostels I’ve stayed at, which was a relief. The atmosphere is a bit more intimate that what you’re probably used to and you’ll be able to truly connect with the people you meet. I also liked that it attracts an older crowd than most European hostels (although I was in a room with three 18-year-old boys, haha!) But the average age was between 24 and 28.

Rent a bicycle, or better yet, sign up for a bike tour with Orangebike. There are tours for a myriad of interests and it’s the best way to see the city. It’s true, everyone here cycles, making Amsterdam one of the most liveable cities in the world. Another great feature of Cocomama were the free bicycles, win!

Visit Anne Frank Huis, but book ahead to avoid queues. If you’re travelling during high season, you could spend half a day waiting in line, so it’s best to plan ahead.

Few cities have art museums as spectacular as Amsterdam. Worth checking out is the Van Gogh Museum, particularly if you like Impressionism (and even if you don’t!) This is the world’s largest collection by arguably the country’s most famous painter. 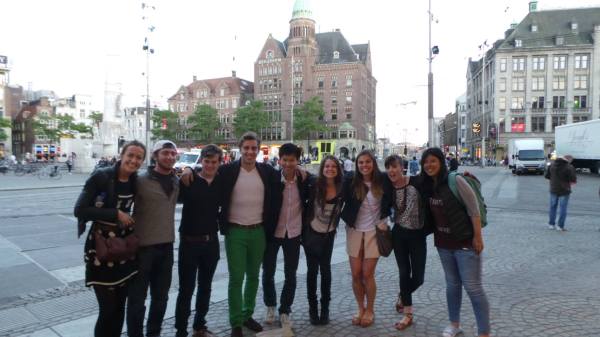 A photo of the amazing people I met whilst in Amsterdam

Day Two:
Grab breakfast at Pancakes! The Dutch love pancakes, and this place has the best assortment of toppings!

See the city via canal.

Stop by Bloemenmarkt, Amsterdam’s flower market. If you’re staying at an air bnb, pick up some blooms to liven up your temporary home!

Stroll around Albert Market, and grab some fries with mayo for lunch.

Spend a few hours exploring the cafe culture in Jordaan, Amsterdam’s coolest neighbourhood (away from all the ‘coffee shops’).

Grab a pint at the Heinekin Brewery. It’s one of the better mainstream brewery tours.

The Dutch love football, and the entire city came out to support Holland in the World Cup. This outdoor arena was a sea of orange. 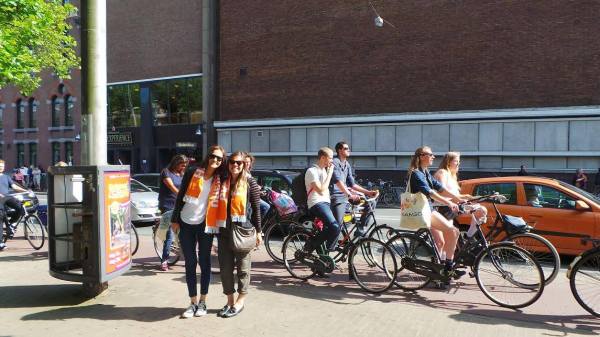